Sportarsh’s article on Novak Djokovic tells his biography or history, facts, NetWorth and relevant records. Undoubtedly, Novak Djokovic is one of the biggest names in modern tennis. His records and stats speaks for itself. Talking of records, he is the only man in tennis ( Open era) to have achieved a double career grand slam.

Not only this , he also holds the record for being the only man to have completed the career Golden Masters at the ATP. At the Majors alone, he has 9 Australian Open titles; more than any other player. 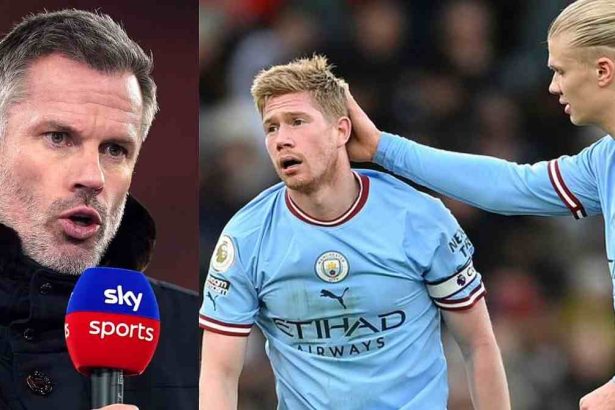 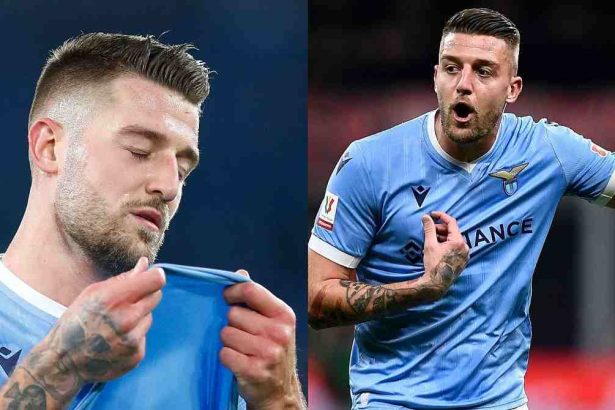 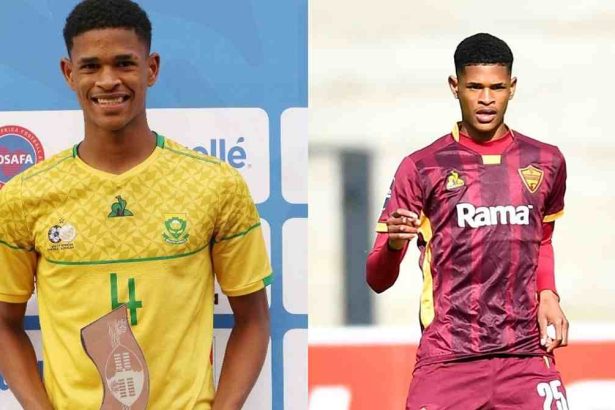 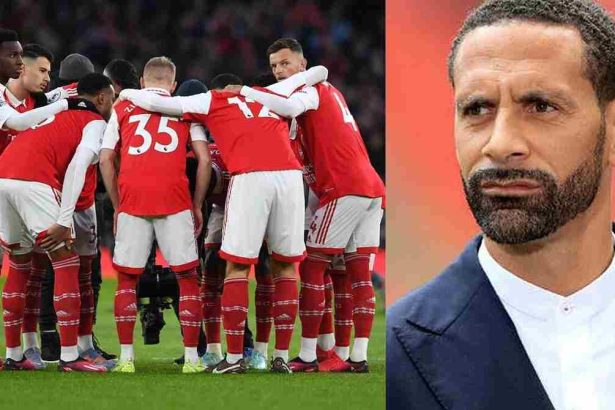 Novak Djokovic came into this world on the 22nd day of May 1987, in Belgrade, SR Serbia. He is a year younger than Rafael Nadal. His parents gave birth to three children; all being boys of which he is the eldest. Novak Djokovic interest in tennis began when he received a mini- racket and a soft foam ball as a present from his parents. And according to his father, it became the most beloved toy in his life.

Noticing their son’s interest in tennis, they decided to send him to a tennis camp in Novi Sad. At the time, he was just 4 years old. In 1993 and at 6 years old, he was spotted by former tennis player and handball coach Jelena Genčić. She described little Djokovic as the best talent she’s seen since Monica seles. Fast forward, she decided to work with Djokovic.

After 6 years of working with Djokovic, she realised he was developing really quickly. She suggested he move abroad in search of quality competitions. Jelena contacted Nikola Pilić, telling him about Djokovic’s capabilities. Upon hearing everything he needed to hear, he invited Djokovic to join the Pilić tennis academy in Oberschleißheim, Germany.

Novak Djokovic turned professional in 2003 by participating in the ATP Tour at age 16. Although turned professional, he mostly played in futures and challengers tournaments. It was not until 2005 that he made his first grand slam appearance; in the Australian Open. His stay was brief as he was defeated in the first round by Marat Safin. Even though he managed to get into the third round of the Wimbledon and US open, he failed to win any major titles.

The year 2006 was however different. He won his first career title in the form of the ATP. A second career title soon followed when he won the Moselle Open in Metz, France. But the icing on the cake was when he won the Davis Cup after defeating Great Britain’s Greg Rusedski. Novak Djokovic won all of these at the age of just 19 years. Great Britain noticing his talent tried persuading him to join their British team. But Djokovic opted to represent Serbia instead.

Novak Djokovic’s mother goes by name Dijana Đoković. Although she was born in Belgrade, Serbia on January 24, 1964, her parents actually comes from Croatia. Together with her husband, they operated and owned a fast food restaurant and a sports equipment business at Mount Kopaonik. It was at this mountain that Djokovic came into contact with former tennis player Jelena Genčić. That encounter alone changed the fate of the family.

I was never a classically ambitious parent, I never imagined in my wildest dreams that my son would one day be the best in the world

Novak Djokovic’s father goes by name Srđan Đoković. Unlike his wife, he was born and raised in Serbia. Early on in his life, he was a professional skier and ski instructor. It was later on in life that he decided to own a fast food restaurant and a sports equipment business together with his wife. Srdan Dokovic is a huge fan of his son and once stated in an interview that his son is a ‘God’.

He is the leader of this so-called third, poor world, as we have been called by experts from the West. He is a God in China, India, South America, Africa.

Being the eldest son, he has two other younger brothers. They go by names Marko Djokovic and Djordje Djokovic. Marko Djokovic was born on 20 August 1991 and is the middle child. Djordje Djokovic on the other hand is the last child, born on 17 July 1995. Looking up to their elder brother, they both decided to play tennis as well. Don’t get your hopes high, they are good alright but not as good as Novak Djokovic.

Marko won his first junior title at the Montenegro Open in Podgorica. As for Djordje Djokovic, his best accomplishment ever since turning professional was reaching the doubles quarterfinals at the 2015 China Open.

The tennis star and Lidija once were in a relationship. The exact date is not really known but per reports the two were going out. Lidija Popovic is a big name female DJ in Serbia. Again, the cause of their breakup is unknown but the two still hold a platonic friendship.

Djokovic had an encounter with Leryn Franco in 2008, August to the precise. Leryn Franco by profession is a model from Paraguay, an actress and former athlete. Currently she works at the athletics department of Club Sol de América.

From 2011 to 2016 it was rumoured the two were seeing each other. Just like Novak, she is also a big star from Serbia. She is a singer, model and an actress. Her 2001 debut album Ne brini propelled her to fame and prominence. In Serbia she is recognized as one of the most eminent pop stars.

In 2012 rumours surfaced claiming Novak Djokovic was having an affair with Lauren Von Der Pool. Lauren by profession is a chef and is from America. The two supposedly dated for three years until their separation in 2015.

A year after separating from Lauren Von Der Pool, he had a brief encounter with actress Nina Senicar. The two had previously been in a relationship even before he met Jelena ( his wife ). She is a native of Serbia but currently now stays in Los Angeles.

In 2016 , Novak Djokovic was spotted in Los Angeles together with Deepika Padukone. The two had visited The Nice Guy Bar in Los Angeles and were leaving in a black chauffeur-driven car. When questioned, he ( Djokovic) said Deepika is just a friend of his wife. Deepika by profession is an actress from India and one of the highest paid actresses in the country.

Novak Djokovic is married to Jelena Ristić. They first met in high school and it didn’t take long for feelings to develop. Djokovic began dating her in 2005 and after 9 long years of courtship, he married her on 12 July 2014 at the Aman Sveti Stefan resort. Jelena was born on June 17, 1986 and is from Serbia, Belgrade. Already, it’s been seven years since they got married.

Together they have two children, two boys. For the first child, he goes by name Stefan Đoković. He was born in 2014. The last child or let say second child is called Tara Đoković. He is three years younger than Stefan; born in 2017.

Djokovic’s closest friend goes by name Radek Stepanek. Radek is a retired tennis player himself. In 2017, he was invited by Djokovic to be a part of his coaching team. But after a run of losses at the Indian Wells and Miami, he decided to split with Radek. They are still close friends.

Radek is one of my very close friends on the tour and I was always impressed with his level of determination, passion and love for the sport.

Novak Djokovic has a range of impressive cars in his garage. The tennis star usually prefers eco-friendly cars and as such can be seen mostly riding a 508 Peugeot Sport. Additionally, he endorses major car brands like Peugeot, Audi, and Mercedes.

Novak Djokovic had a house in Monte Carlo were he lived for 15 years with his family. But currently he lives in Marbella, Spain. Aside this, he also owns a penthouse in Belgrade, a two-bedroom apartment in Manhattan and a luxurious mansion in Miami.

Djokovic is a huge admirer and lover of dogs. He has two poodles namely Pierre and Tesla. Pierre (male) is the first dog he owned, and has been around for 10 good years. Tesla (female) on the other hand is 4 years old. According to Novak, Tesla is more playful and loves to cuddle more than Pierre. The dogs have their own social media handles as well.

Just like Rafael Nadal, Novak Djokovic is also a Gemini. It is the third sign of the Zodiac and people born between May 21 to June 20 usually fall under this. The Gemini symbol can be seen below.

Novak Djokovic is a devout Christian and a member of the Serbian Orthodox Church. He is so devoted that he was bestowed the Order of St. Sava I class by the church for his charitable works and contributions to the church. Before every tennis match, he meditates close to an hour before taking to the courts. Evidence of his faith in Christianity is his constant wearing of the Holy cross around his neck.

The Serbian so far in his tennis career has series of impressive records. Aside being the only player with more titles at the Australian Open, he boasts of other individual awards. See them below;

According to celebritynetworth, Novak Djokovic has an estimated Networth value of $220 million. The Serbian makes approximately $34.5 million from tennis winnings and endorsements yearly. In July of 2021 alone, his career earnings so far was $150 million. He is actually the only tennis player with the most money earned from on court winnings.

Djokovic has been able to impact lives with his millions earned from tennis. In 2007 he setup his own foundation, the Novak Djokovic foundation. The aim of the foundation is to help children from poor communities grow up to become useful citizens. His foundation together with the world bank has been able to build 43 schools and supported children and families world wide.

We cannot deny the fact that social media has come to stay with us. It like a community on its own, the only difference is that it’s online. Now checking out Nadal’s followers on Facebook, Twitter and Instagram, we realized he has over 8 million followers across each. Check below pictures.

Sportarsh like to thank you for taking time to read through our Novak Djokovic Biography or history, Facts, Networth and Records. You can leave your contributions in our comments section below. If you want to get updates from us, kindly click on the bell icon you see on your screens. 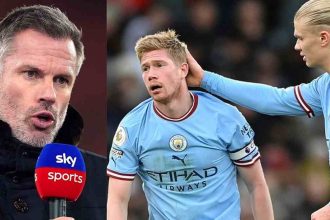 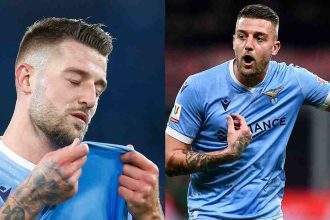