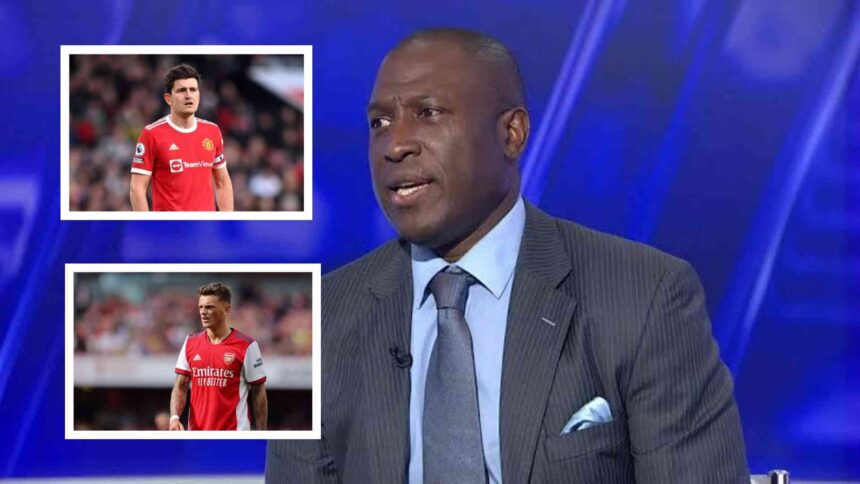 Despite being used as a right back, White has been fantastic for Arsenal. Ben White was initially brought in to partner with Gabriel Magalhaes at centre back.

However, the return of Saliba from loan has forced Arteta to accommodate him at right back. Maguire, on the other hand, has had a bad start, with new coach Erik ten Hag benching him.

Also Read: ‘They won’t miss him’: Agbonlahor believes Arsenal has enough quality players and can cope without Smith Rowe

Campbell stated on TalkSPORT that Ben White is in good form and should have been selected ahead of Maguire:

He’s played out of position for Arsenal this season and been outstanding at right-back. You know what he can do at centre-back – and right-back now.

When you’re top of the league, and you’re doing well and you don’t get in the England squad, then you’re going to question.

There’s players there who are not playing for their clubs who have got in because of tournament football under this manager.

If they’re not playing for their clubs and you know what they can do, why are you picking them? He’s somebody you can look at and get him some game time.